Order in the next 23 hours 3 minutes to ship tomorrow! *

The surface mounted closer is the most widely used closer. It gets hung on the surface of the door or frame on either side of the door. Our large selection of surface closers provides a versatility that will work in most applications. 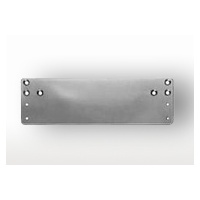