Exit devices are a safe and practical means of unlocking a door from the inside. They are highly recommended, and often required for use on fire exits or secondary exits. They have been proven to greatly reduce the risk of injury during an evacuation and serve as a secure and convenient option for many applications. 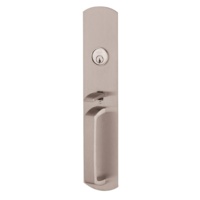